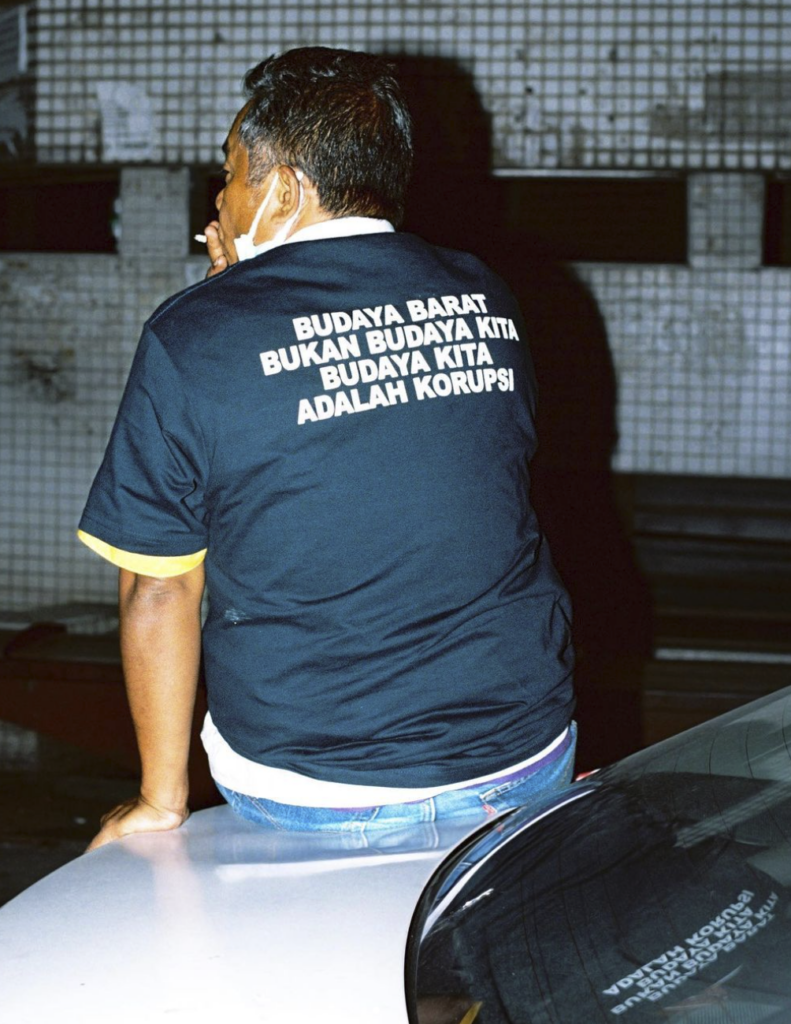 In the end, Kuala Lumpur Ceria is nothing more than what it’s meant to be – a reflection of the deplorable society we live in. All they’re doing is holding up a mirror to all of us and asking everyone to simply look back. So now, what will you do?
Reading Time: 4 minutes
Share on facebook
Share on twitter
Share on pinterest
Share on email

When in Kuala Lumpur and walking around in the concrete jungle, one simply has to just look up to feel cheerful – or at least in the way that it fits the narrative of this article. It was a couple of weeks into sending the questions to Kuala Lumpur Ceria and awaiting their response when I myself took a trip to the city for the kick of it. Sitting in the car at the traffic light and discussing the day with my friend in the driver’s seat, I leaned back and, well… looked up to see a billboard-sized sign on the Masjid Jamek LRT tracks that shook me to an awakening of sorts. The words, printed out in a generic black typeface on a white background, simply said the words “Kuala Lumpur Ceria’. As candid as it could be, searching its meaning on Google has still not yielded any results and as such I shall now revert back to the point of this article to talk about the anonymous individuals that I have interviewed a while back.

Having established themselves by another title altogether, Kuala Lumpur Ceria – or KLC as they liked to be known by – was first interviewed by our contributing writer Anisha Khemlani. As such, I shall try to do both KLC and Anisha justice by making sure this article is seen through, interesting, and most importantly, captures the essence of what KLC stands for – irony in the injustice of things. Signifying themselves onto Instagram through the username ‘What Is Kuala Lumpur’, they have maintained their esoteric allure in offering insights to what Kuala Lumpur is truly like as a city. In an almost anthropological way, Kuala Lumpur Ceria going through its moment of change is reflective of the changes that the city and the country have gone through as a whole. But tying these two points would moot the point altogether – after all, it is just an opinion of a presumptuous writer trying to make sense of the world around them.

Signifying themselves as a brand [almost] through their AVI – a caricature of the I Heart KL logo – is how KLC stands itself apart from the slurry of Instagram pages dedicated to showcasing Kuala Lumpur through a digital lens. How, might you ask? In the place of the heart of the “I Heart KL” logo is instead a pair of briefs, where on the waistband, the words Kuala Lumpur Ceria is written on a loop. When the anonymous individuals who maintain the page made the change on the 17th of January, they made a clear and bold statement as to how KLC would function – an understanding of their mission being deeper and clearer that what it was before. Though the content may seem parodical to the current circumstances and events taking place in the heart of the city, KLC affirms itself as a reflection of what its audiences view it as. “We’re definitely not a meme page”, says the anonymous narrator behind KLC. “It is all dependent on how audiences view the page in itself. There is no set definition but rather what you make of it”.

Scrolling through their Instagram page is familiar, as though reaching through a dusty cupboard in your grandparents’ house, pulling out a photo album and looking through photos that you’ve become so accustomed with. When prompted on why the page began, KLC shares that they did not want viewers of any kind to miss out on what was taking place across the city. But then, the intention becomes deeper and clearer as per their mission. The unbecoming of empathy and the destitution of the human institution of individuals in the social age – where using surroundings and events taking place for a means to “share” bits and pieces of their lives – comes at a cost. “There is a disregard to the surroundings that people occupy and in doing so, social issues go ignored”. In their attempt to showcase the nitty and gritty side of KL as a city, the admins behind KLC have availed themselves through the discomfort portrayed on their page to urge a necessary observance of their audience with the day-to-day intermingling with the city.

Open to submissions, KLC avers that the people of Kuala Lumpur are the ones running the account. Content is captured – either through video or photographs – and submitted as anonymously as the editors and creators of KLC remain to this day. When prompted on why they have remained hidden behind the shadows, the curators simply stated, “marketing purposes… Rahsia [a secret]”. And their tactics have worked! Having amassed over ten thousand followers since they first launched during the lockdown in 2020, the team behind KLC have admittedly been puzzled by the way in which they have been received by digital consumers of their recherché media. Working in line with their branding strategy, KLC has since released a number of collectible merch items that have garnered its fair share of attention. When I first noticed the “sejahat-jahat ibu tiri, jahat lagi ibu kota” bag, I was manning a booth, and someone was walking around with it. When I saw it, immediately the words “REVOLUTION” popped into my mind. In writing this and reflecting on it, I have come to the consensus that the opinion in itself is “meta”. But isn’t that how all movements are started? The play on words and the stoking of the fires that have always resided as embers within us – one that is fueled by the injustices that have and continue to take place before our very eyes. Its just time to keep it open now. 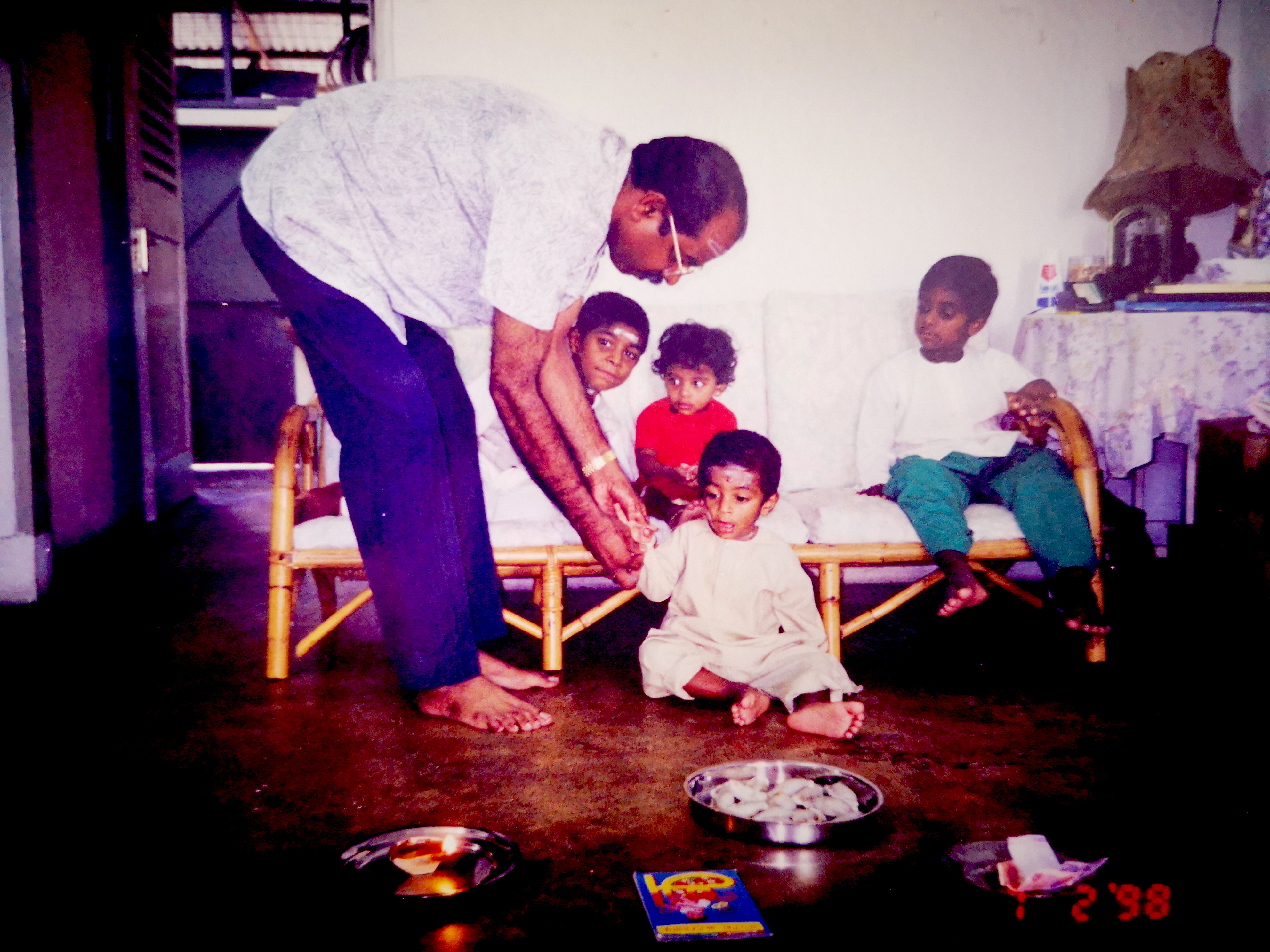 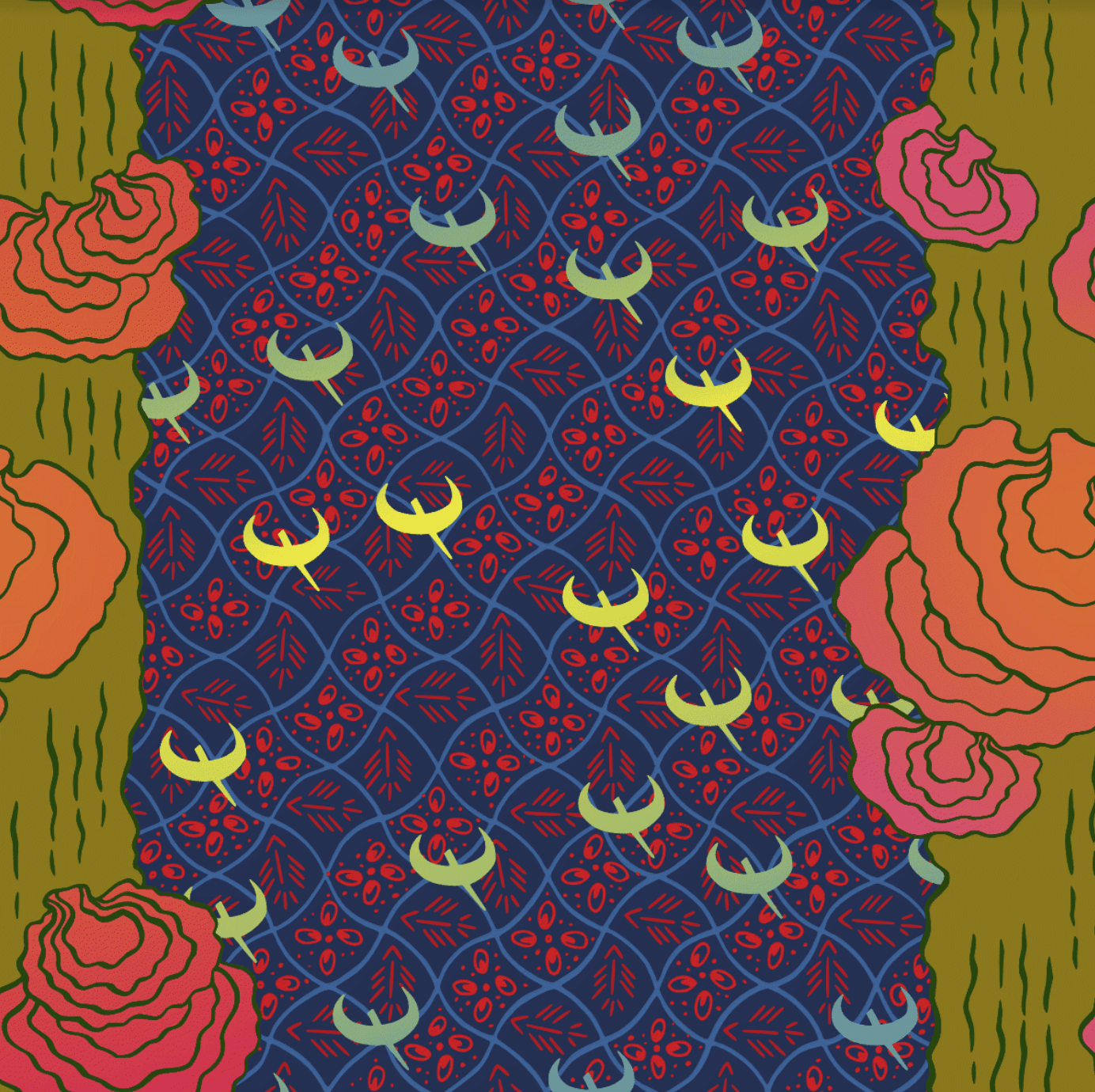 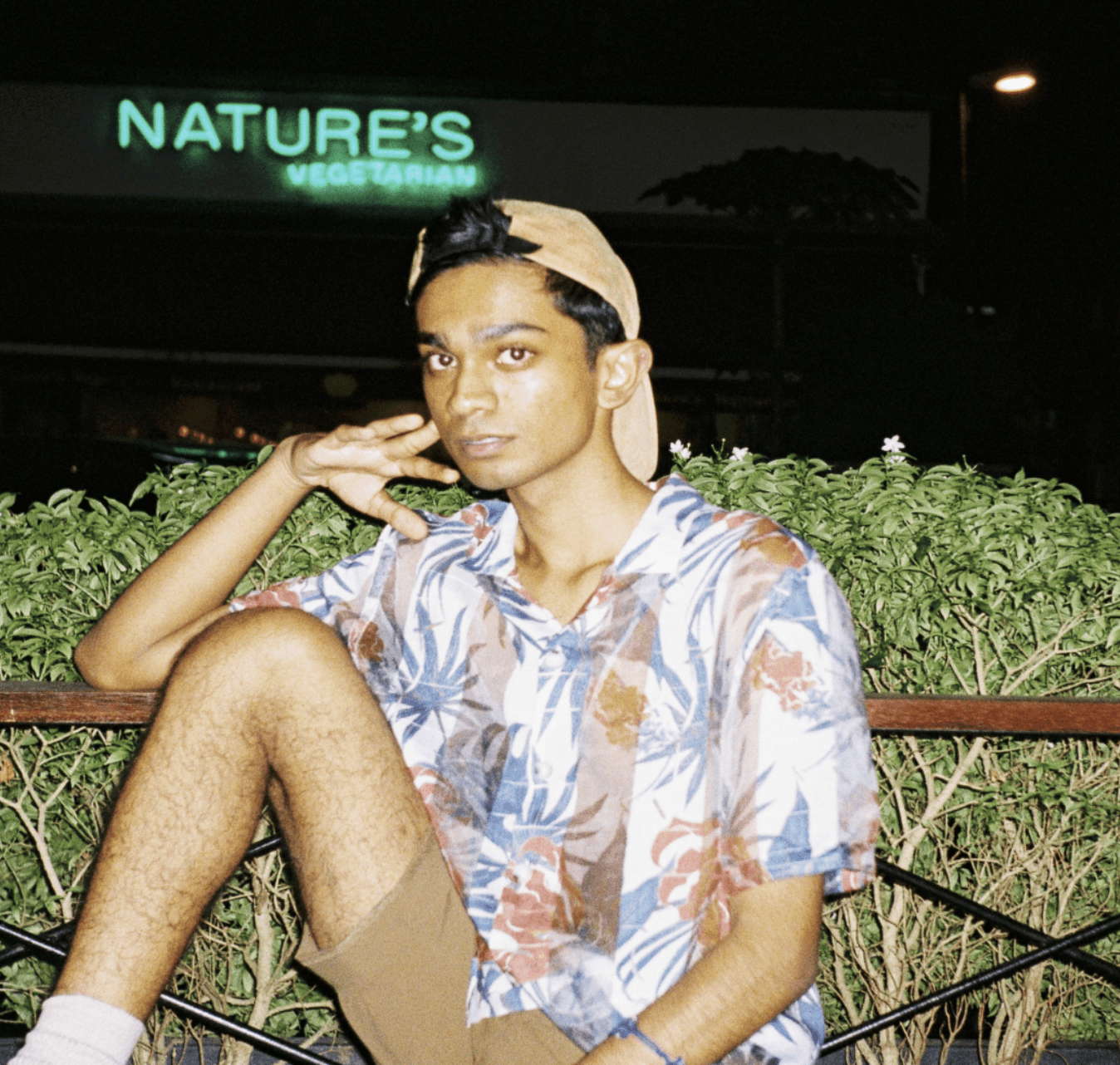 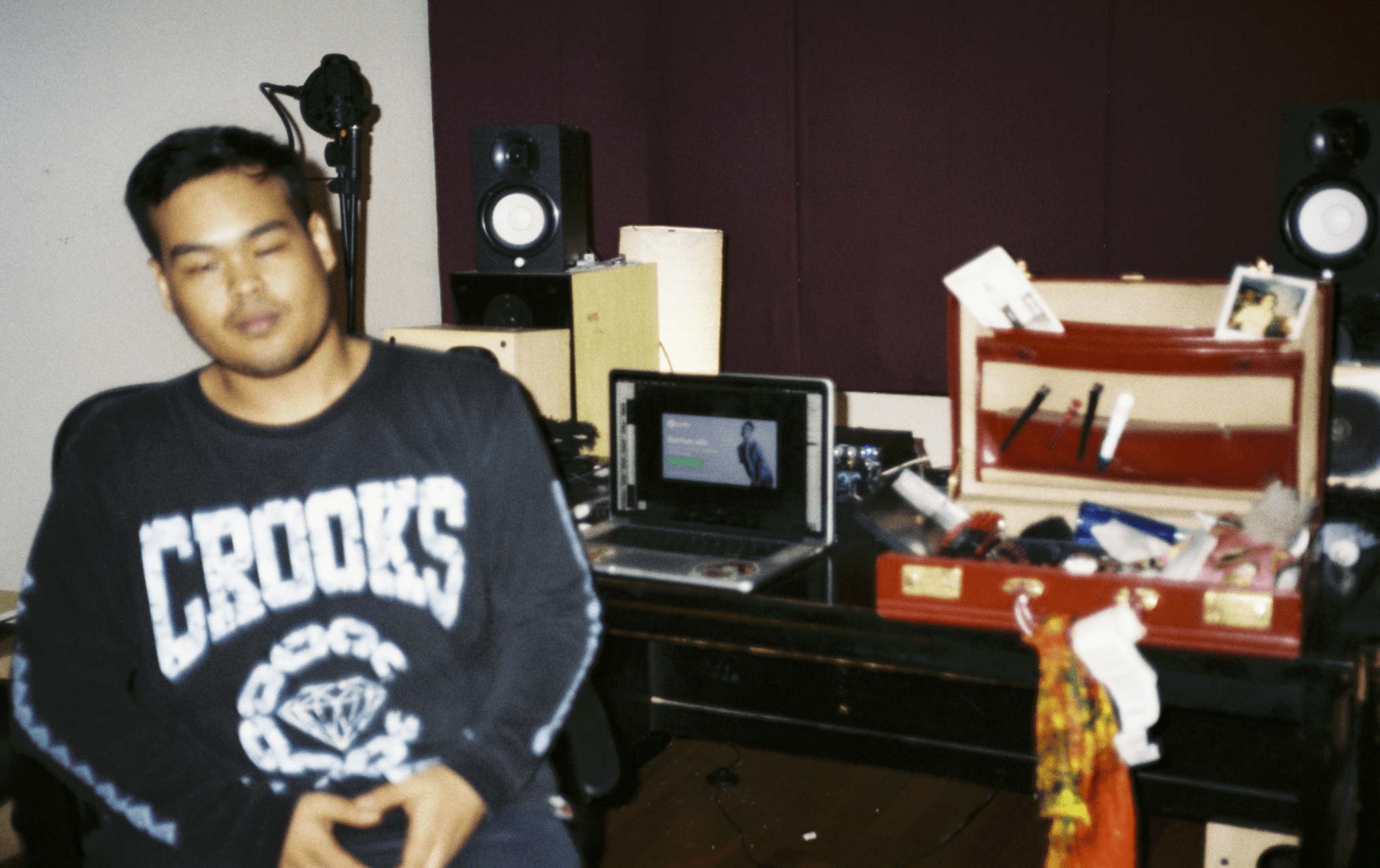 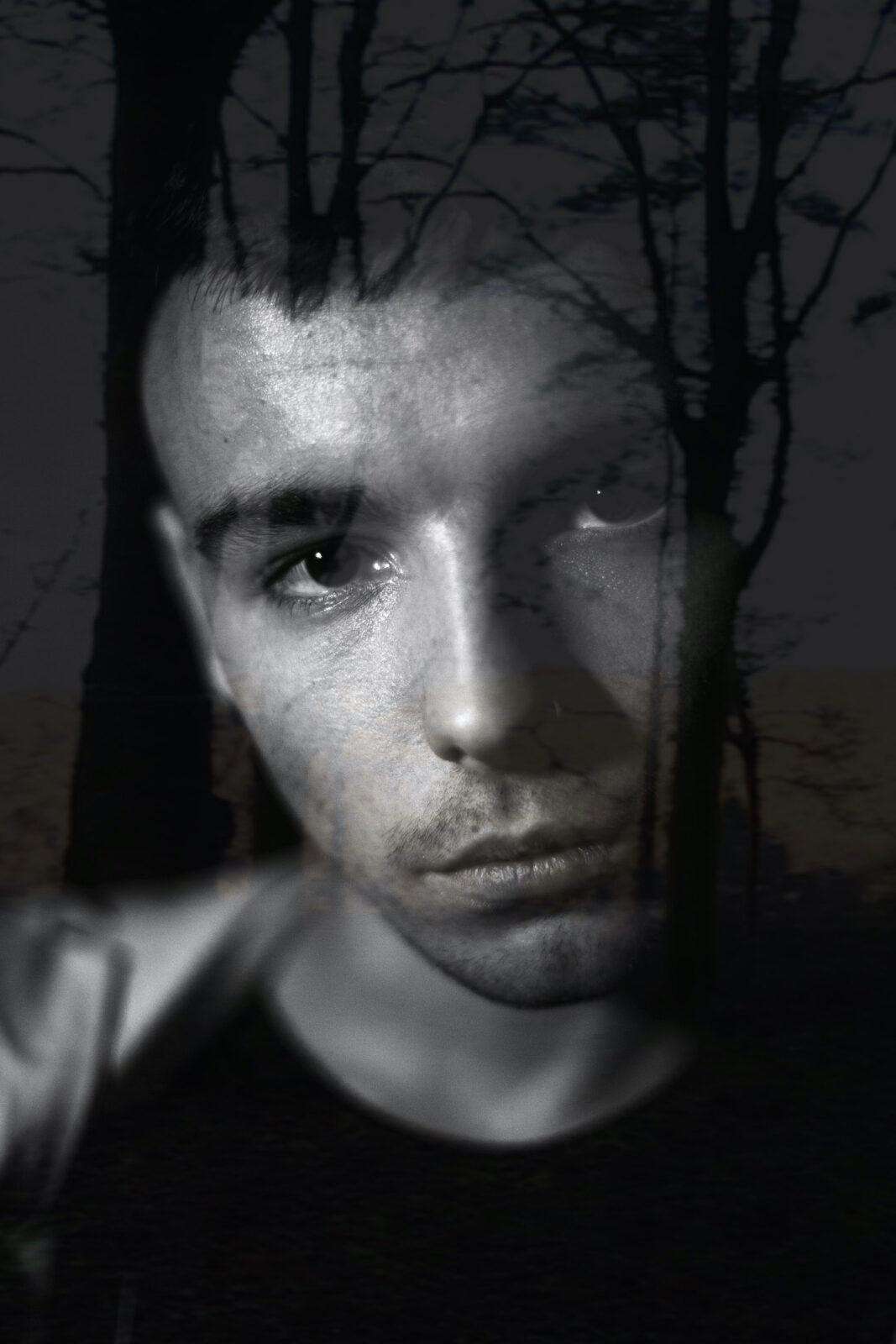 “THE DEVIL’S PUNCHBOWL” by Georgie Fenny