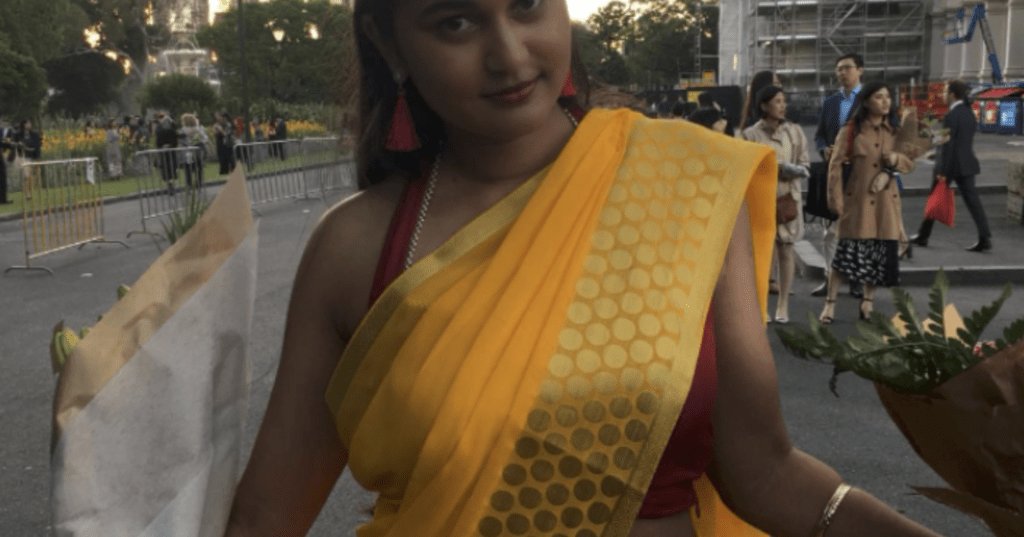 It was such a classic Malaysian thing to do by commenting on someone else’s physical appearance. I feel like people back home, especially the older generation, tend to be quite judgmental when it comes to physical appearance be it weight, skin colour, your choice in clothing, piercings, tattoos, etc. You get the idea. People wouldn’t even ask how I was doing or cared about my wellbeing.
Reading Time: 4 minutes
Share on facebook
Share on twitter
Share on pinterest
Share on email

I had always been very fit growing up, but also very skinny. I was very active in all kinds of sports. I did taekwondo, athletics, swimming, badminton, tennis, and basketball. Not all at the same time, but throughout my school days and it wasn’t until I left high school that I started putting on weight. Although I know that a lot of people would consider me of average weight especially for my height (I see it this way too), the comparisons people would make in those few years had an effect on my self-esteem and how I saw myself.

It was such a classic Malaysian thing to do by commenting on someone else’s physical appearance. I feel like people back home, especially the older generation, tend to be quite judgmental when it comes to physical appearance be it weight, skin color, your choice in clothing, piercings, tattoos, etc. You get the idea. People wouldn’t even ask how I was doing or cared about my wellbeing. All the questions or statements would surround either me putting on weight or what I’m studying. It would hurt and I would question myself, thinking maybe I should lose weight, maybe I should eat less, or maybe I should change myself.

The truth was that I was never overweight. Unhealthy? Yes, I probably was and still am because I don’t exercise. However, I was never overweight. I had just been really skinny throughout my whole childhood and teenage years. When I started putting on weight, I was not skinny anymore but I became slim and “just nice” as people would say. It wasn’t until I left for Australia and came back home during the holidays that I started putting on more weight and it became an issue apparently. Admittedly, I wasn’t the healthiest in my food choice and I did indulge in the catered food provided at the dorms I lived in. Again, I barely exercised, and naturally, I did put on weight. I was still never overweight but the change had become apparent and when I came home for the holidays, nobody held their tongue. From my parents to other family members, to parents of friends, to neighbors, acquaintances, even the dry cleaning lady, and my regular takeaway food lady.

Everyone had something to say, everyone was disappointed, everyone had a sense of “oh what a waste” that I had put on weight. The people who would say this tended to be people who were much older than me and of a different generation. I don’t remember there ever being a time where someone in my age group had commented on my weight. People in our generation are generally more open-minded, accepting, and probably just care less about shallow things. However, Malaysian society is such where we tend to care about what older people say more. Till today I struggle to realize that sometimes, they don’t always have it right and that’s okay. I just need to look past it and let it go. It took me a while to understand that people in the previous generation clearly have a different idea of what’s important and what’s a priority.

The real struggle was me noticing the change and not having an issue with it until someone pointed it out. I felt the need to meet the standards this other person had set for me. One that I did not and never did set for myself. But almost naturally, I couldn’t help but feel the need to do something about it.  Ever since then, it’s been a frustrating journey with my fluctuating body weight. There would be times where I wouldn’t eat much or I’d eat the same thing every day cause I knew the food I was eating didn’t make me put on weight. I’m not saying it was healthy, but it wasn’t unhealthy at the same time. Regardless, it was not an ideal balance. I would have my moments where I would exercise here and there but I was never consistent.

My inconsistency led to fluctuating body weight. Having to buy new jeans that would fit but then losing weight and having to buy another pair because I threw the old ones away. There was a lot of nuance in this situation. There were many micro-thoughts that would go through my head every day, whenever I ate, but mostly before I left my room. The worst bit of it all was being in my room and having to decide what I should wear before I leave the house. I would change my outfit no less than at least five times. Even once I finally decide on an outfit, I still wouldn’t feel satisfied and would still feel like shit. Mind you, this was just me preparing for a regular day and not for something fancy or dinner out. It reached a point where I was completely uncomfortable to be in my body and I started hating it. I would even cry in my room at the frustration of how I looked in my clothes. I’d often complain to my mom saying that I didn’t have enough clothes, but I’m starting to realize that it was more about how I felt in the clothes I already had. No matter how nice my clothes were, I was always going to feel like shit because of how I felt about my body.

I would only have this problem in Malaysia. I was almost never worried about my weight in Melbourne. I’ve never felt judged, picked-on, teased, or anything about my appearance. I believe that people here genuinely do not care about such shallow things and are more interested in the quality of the person that you are or aren’t. As much as I love Malaysia and will always consider it my home, sometimes I feel more welcomed and accepted in Australia when it comes to things like this.

It took me a while but I’ve finally reached a point where I’ve really embraced my body and I truly feel at peace with it. I know I’m not fit, but that’s something I need to work on. Just for my own fitness and health and not to lose weight because I don’t feel the need to anymore. Safe to say I have more than enough clothes now and am very happy with my body. The only validation I needed was from myself and to allow myself to love my own body. 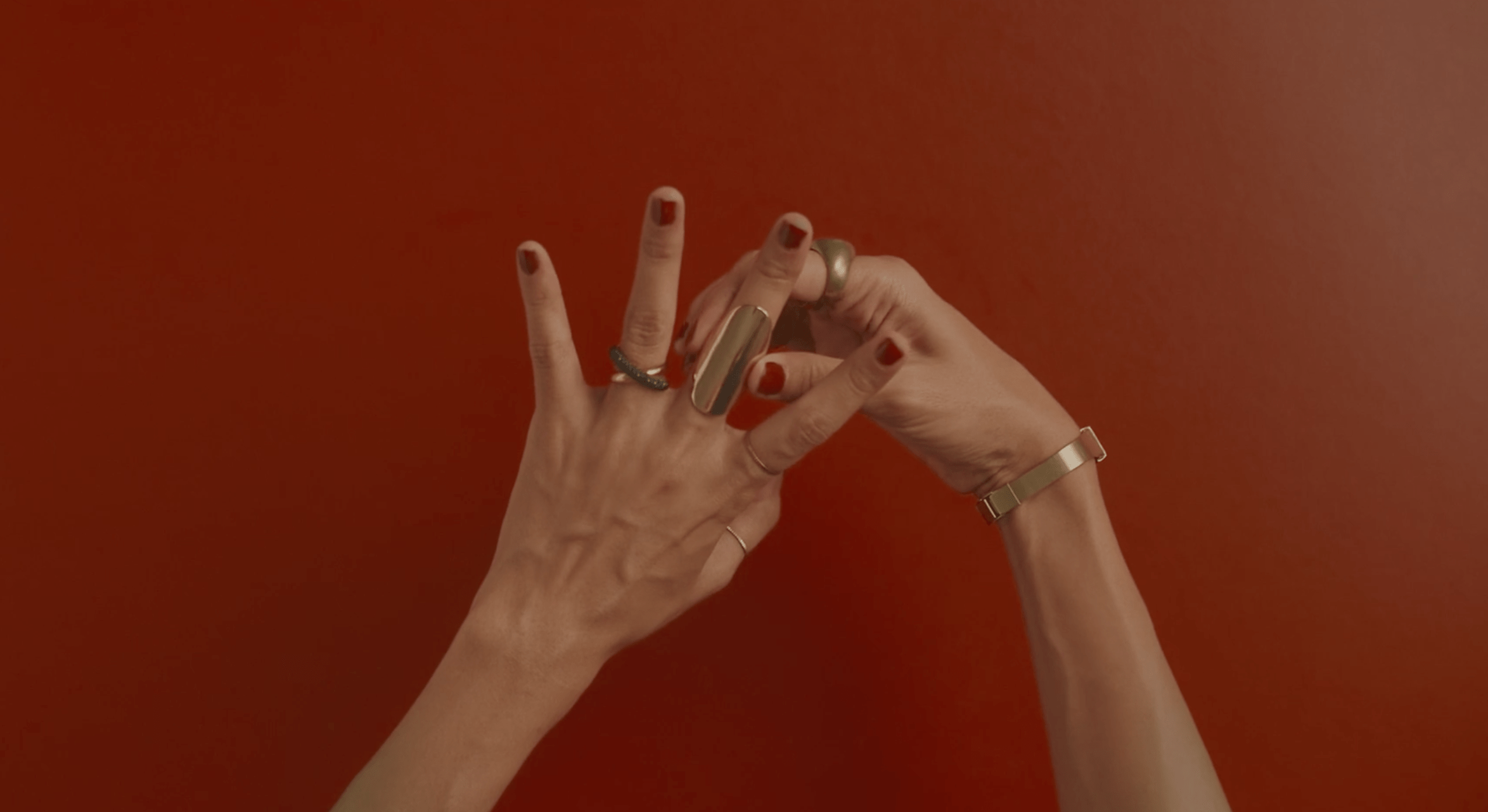 YOU ARE NOT YOUR HANDS: A CONVERSATION WITH FLUX28