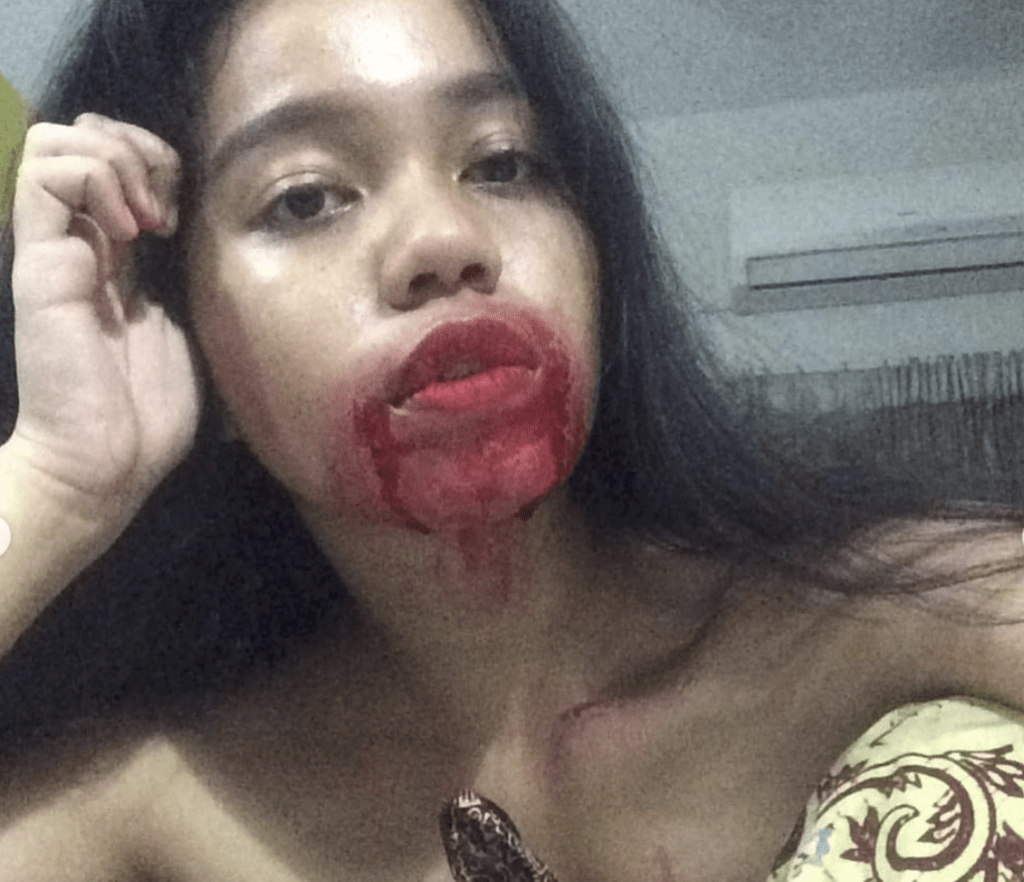 Women should be given the autonomy to do what they want with their bodies, and that includes whether they want to wear the hijab or not wear it. But the manner in which these topics are approached, that’s what I’m worried about. Discussions about the hijab are difficult, you either end up offending those who still wear it and those who don't.
Reading Time: 7 minutes
Share on facebook
Share on twitter
Share on pinterest
Share on email

Ok so here it goes. In case you didn’t know, a few months ago, I took off my hijab. As in the image that I put out in public is no longer me in a hijab. I wasn’t sneaking behind my family hijabless anymore, they know, they go out with me and I don’t wear it anymore. First and foremost, I’ve realized how lucky I am to have a family that allowed me to wear the hijab when I wanted to when I was a teen and had also allowed me to not wear it when I’m in my 20s. Not every hijab story is as such and I do not speak for others. This is purely my take and experience on it.

When I first came clean to my mother about this, it was at one of our tea time dates. Quality mother-daughter bonding time. We met at a restaurant in a mall. I texted her when I was on my way. “Ma, I have something to tell you. Actually, I’ve been meaning to talk to you about it for quite some time”. When I walked to her and kissed her hand, she asked me, “So is this what you wanted to talk to me about?”, her eyes looking at my hair. I nodded. I knew that I had to tell my mother first. Because I know that she too had struggled with the hijab. When I decided to put it on, at that time, my mom wasn’t wearing one. She hadn’t been wearing one for a couple of years after she took it off after the birth of my second sister. Now, my mother wore her hijab proudly, content with the decision that she made again for herself. My mom listened to me telling her my reasons to take it off. I started my speech with an apology to her and how guilty I felt at the fact that I have been hiding this from her. “I would be lying if I told you that I’m not upset”, she said. I felt the first jab to my chest. “But it’s your decision and I have to be okay with it.

But my concern is, how will you face the others?” The second jab hit me even harder. My mother, a woman who has gone through it all, was afraid that I would be hurt by the others. And by others, she meant the family. When she asked me that, it didn’t feel like she was scaring me so I would back out of my decision. It sounded like she was preparing me for a battle. And she did. We went through each family member. Going through scenarios, predicting what they would say, preparing my responses. We were both aware that not all of it would lead to a productive discussion. In some cases, I would have to let them take jabs at me, I had to stay silent so I wouldn’t start a fight, especially since these people are significantly older than me and came from another time. “Its gonna hurt at first, but after a while, it will die out and it’ll get better. Are you ready for this?” “Of course, I am your daughter after all”.

What she didn’t prepare me for was the reaction of the rest. What irks me the most is how men seemed to put in their opinion when it comes to these matters. I’ve also realized, to my surprise, the reaction that my “liberal” sphere had was a lot more obvious than the conservative one. The conservatives seemed to look at me with a surprised look in their eyes, suddenly had difficulty when it comes to looking at me properly when they’re talking to me, but after a few moments started to act like they usually do. But the liberal ones were the one who asked me upfront, right in front of everyone, usually in a joking manner. “Eh tudung mana?” people would laugh. I too had forced myself to laugh. But truth is, I did it because I was uncomfortable.

Every time someone confronted me about it in such a way, I was conflicted. I understand that they probably just wanted to approach it in a lighthearted manner but I couldn’t help but also seemed to feel like I was insulted. The joke felt like it was a win for the liberals and a loss for the conservatives. That’s why everyone is laughing. I’m laughing too, but it didn’t feel like I won anything. Because I didn’t. I have family members that are disappointed in me because I made this choice. I may be a lot happier now, but that doesn’t mean that I still don’t feel sad about disappointing those who matter to me. When people laugh about this, I can’t help but feel insulted that they’ve decided to make a joke about something that really was a big part of my life. That had its part in shaping who I was, who I am now. It was a necessary part of the journey. That yes I took it upon myself to wear it, and at that time I was happy. I won’t disregard that part. But me taking it off is also me not disregarding the fact that I’ve changed. There is nothing wrong with the old Silla. She was content with a decision that she made herself. It’s just that current Silla isn’t as content as she was and that is fair too.

“Liberal men” were another thing to deal with. Again, they see it as a win. But what I couldn’t stand the most was the obvious double standards imposed. When a Muslim male venture into more haram things like drinking, for example, such a thing is celebrated. But when a Muslim woman takes off her hijab, it feels like we had just caused them to win a bet. There is a triumph but there is also a sense of disappointment. It felt like we weren’t strong enough to resist temptation. But it was fine for the men to do this. It was acceptable for them to still go to their Friday prayers after a night of heavy drinking, no one bats an eye. I have no idea why but the hijab really seems to seal the deal when it comes to women being Muslim or not in a sense. How foolish I was to think that these men would have my back. They were men, after all, continuing to reap the benefits from the patriarchy. The criticism came from men on both sides. The more conservative ones would tell you that your decision to take the hijab off is an insult to Islam and you will have herds of “preachers” sending you open letters telling you how disappointed they are in you and that they’re only doing this out of “love”. Muslim women who are in the spotlight suffer the most when it comes to this. When Dina Tokio, a famous YouTuber whose platform was built on the fact that she was a hijabi, stated that she won’t be wearing the hijab full time, so many people attacked her for her decision. The community was divided again, only because of a woman choosing to do something about how she presents herself to the public.

They do not know the mental acrobats that one has to do in order to take off the hijab. The paranoia, the guilt, the compromise, and changing of beliefs. All of these things aren’t comfortable things. They make your stomach whirl, they make you wanna hide, they make you cry. Most of those who’ve done it took their time. Because for a lot of us, it’s not a spur of the moment kind of a decision.and for a lot of us, they are still unable to fully take it off for various reasons like the disapproval from their family members. I have met girls who would cry when we talked about this. They were afraid, riddled with guilt. Conflicted between living for themselves or living for others. This has always been a silent battle for a lot of women. The journey is arduous, although the result and consequences are almost instant. I guess people tend to forget or disregard the journey. The “I wonder how long she was thinking about it, I wonder how she was feeling”. People didn’t seem to take their time and ponder upon these two things. I feel like the most casual and my favorite responses were always an “I’m surprised but I hope you’re feeling ok now” I feel like that short sentence sums up just enough of an acknowledgment of my change, an honest reaction which is the element of surprise, and enough compassion and empathy to put my feelings first before the discussion. Because in that brief moment, that is the most that one can do. Not every exchange has to be a proper discussion.

Honestly, it’s very tiring. I can’t help but feel tired because its an important discussion for me and there’s a lot of aspects to delve into in order for it to be truly fruitful and fair. But in such passings, such an exchange is enough. It is not that I don’t wanna talk about it. I don’t mind if people are curious about my wellbeing and wanted to know what the process was like. And I do think that this topic should be talked about in the community. It happens. Women should be given the autonomy to do what they want with their bodies, and that includes whether they want to wear the hijab or not wear it. But the manner in which these topics are approached, that’s what I’m worried about. Discussions about the hijab are difficult, you either end up offending those who still wear it and those who don’t. Preaching about the hijab in a guilt-tripping way will alienate those who don’t wear it. Overtly celebrating the taking off of it in a tone of liberation, offends those who feel liberated and empowered in wearing them. I have been both. And it is uncomfortable regardless. Because as always, being a woman and whether you are observing or participating in discussions about the female anatomy, it always feels like somebody else is talking for you, deciding for you. Men talk over you and it is always a room full of men that gets to decide on laws relating to your body. Irrespective of what your stance is. I am not in a position to suggest the ultimate solution. I’ve realized that the world is complex and requires nuance.

The most I can suggest is to ask yourself whether what you’re doing could hurt someone. The patriarchy is cruel and unforgiving. May we be more compassionate towards each other and move towards a world where we can free ourselves from the shackles of the patriarchy. 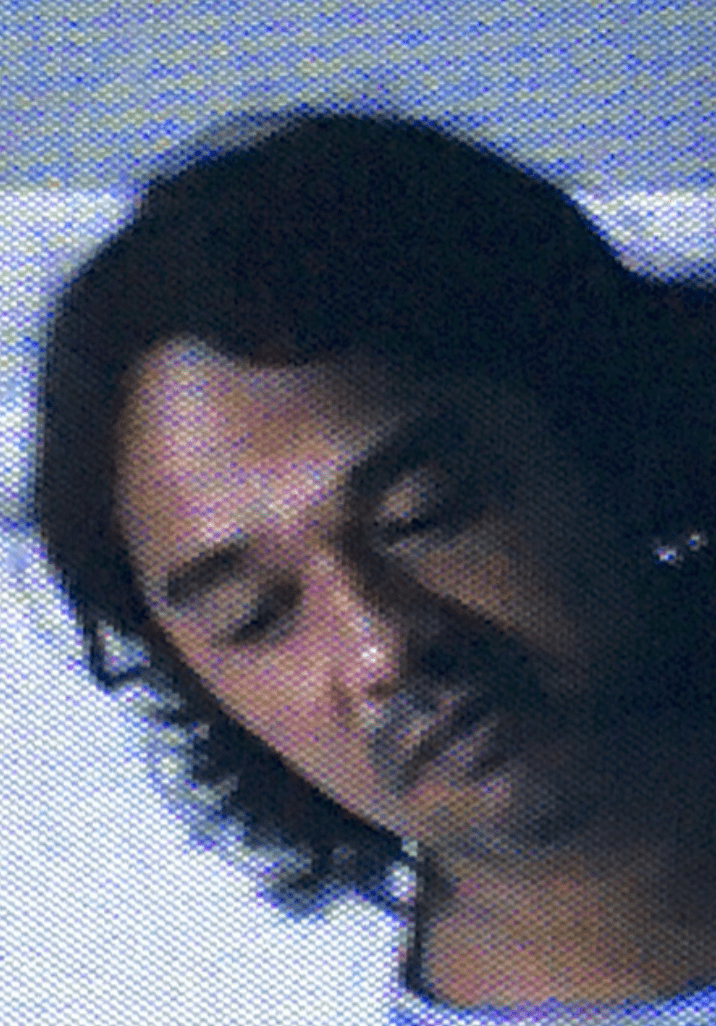 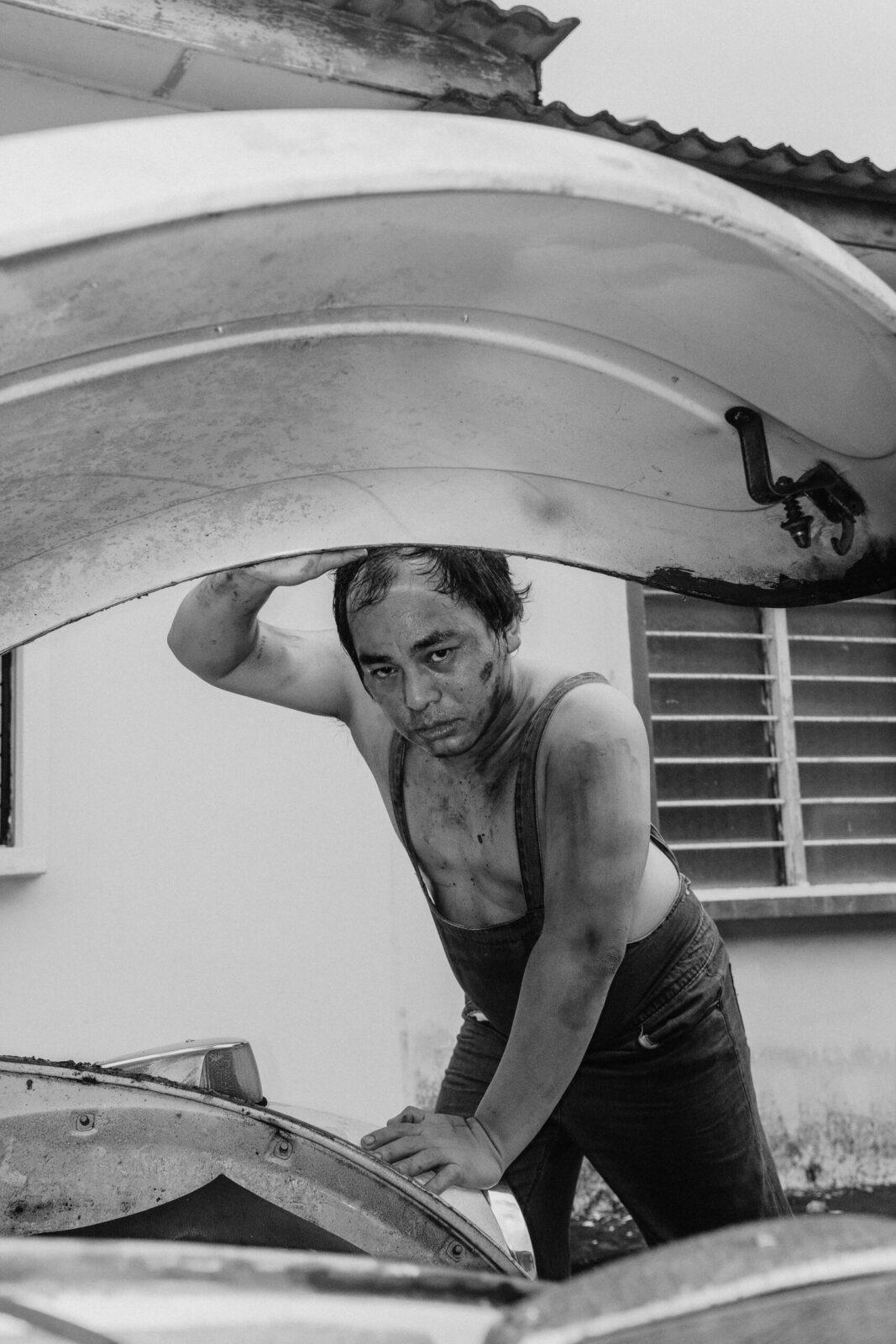 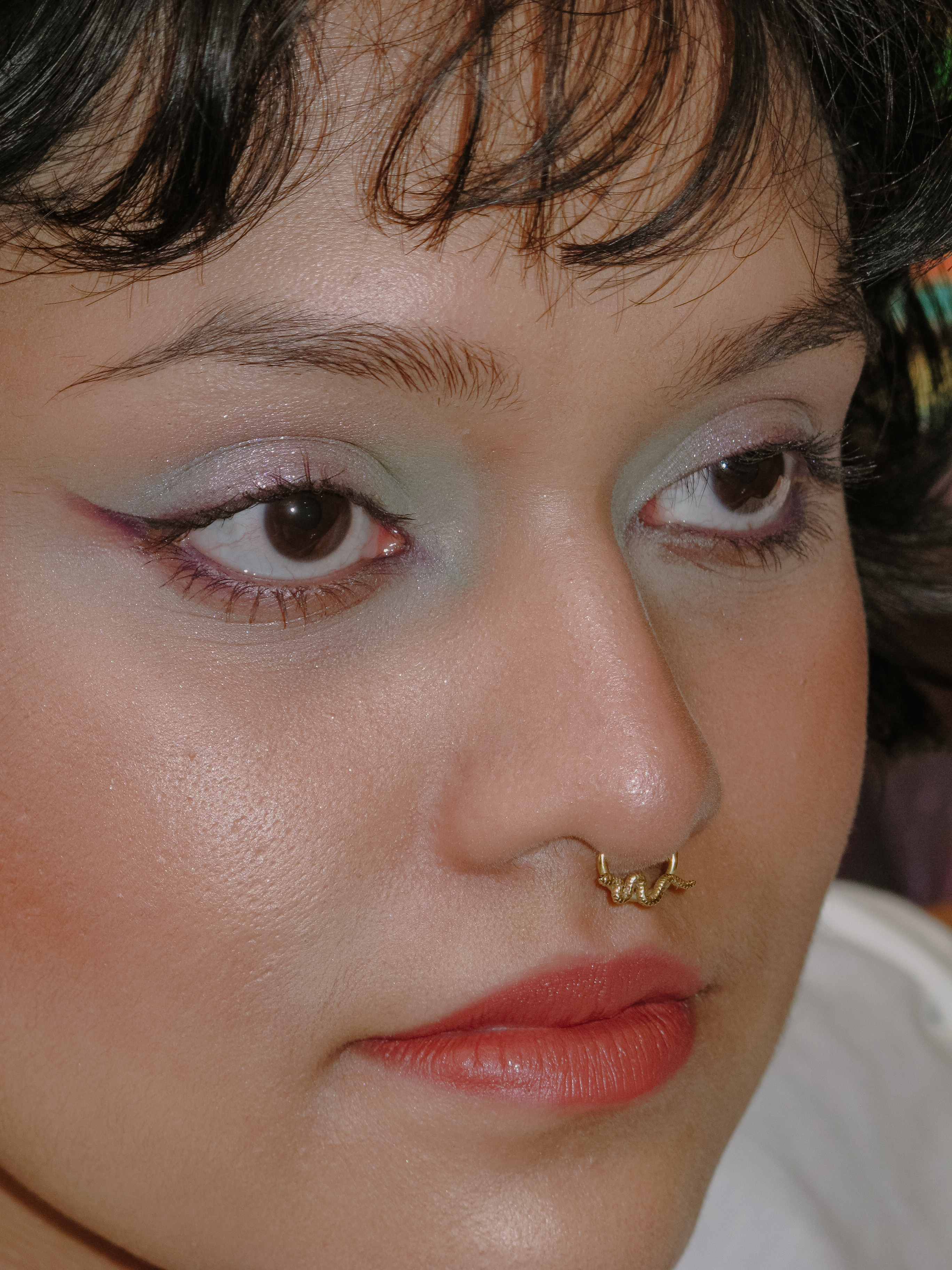 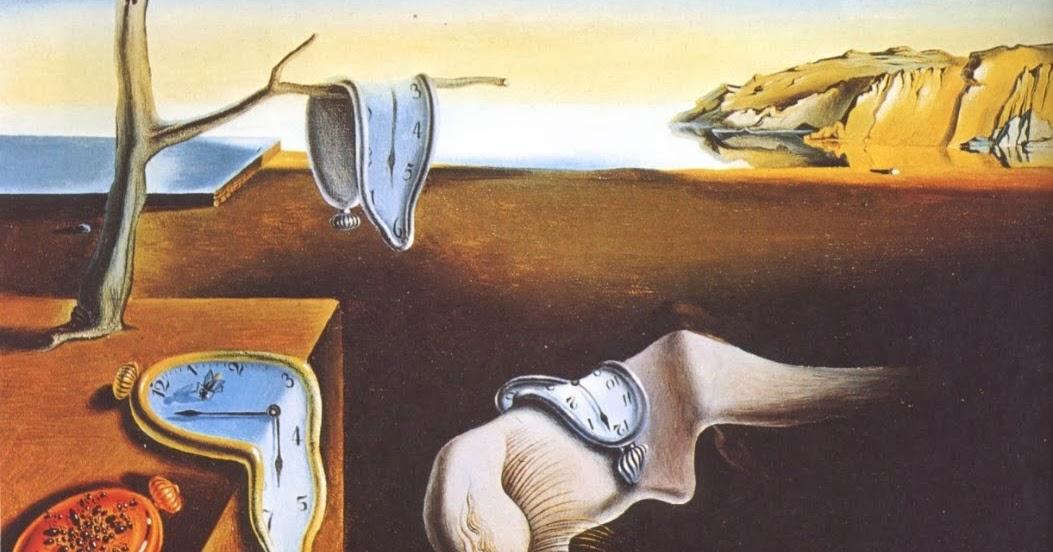 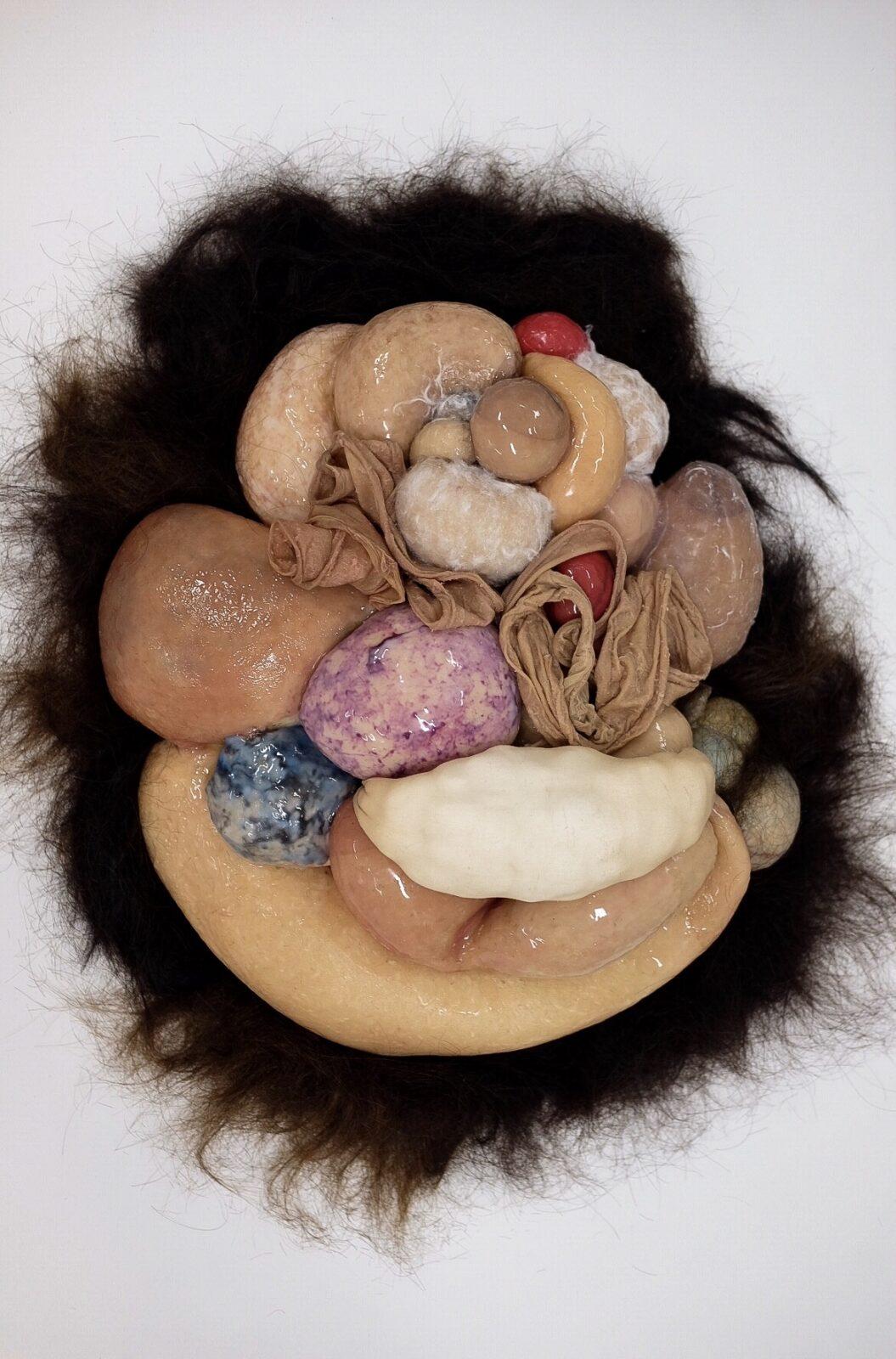