Excerpts from our live Interview with Benee on Universal Music Malaysia.
by Natasha Pea

Since you have been at home lately, it’s impossible to say that you have not been entertained by Tiktok content. A prominent challenge that has surfaced on the app happens to be. the #SUPALONELYCHALLENGE to the song Supalonely by the singer Benee from New Zealand. As part of the first of hopefully many collaborations between Mulazine and Universal Music Malaysia, we got a chance to have a question and answer session with the Tiktok songstress via Instagram Live on their page. The interview ended up possessing the energy of two old friends catching up. The vibes were great and infectious. It was conversational and casual but also insightful. Benee is adorable in every way– super bubbly, positive and overall refreshing because she’s real. Quite like her music. We asked her about her inspirations, staying positive in quarantine and how she would like to move people with her music.

HOW WAS QUARANTINE BEEN TREATING YOU? It’s been ok. We are on very strict lockdown rules in New Zealand right now. But I’ve set up a little home studio and been making music so that’s been fun. I also sort of painted the other day even though I can’t paint at all haha!  HOW DO YOU THINK TIKTOK HAS INFLUENCED YOUR SUCCESS AS A YOUNG, UP AND COMING ARTIST? I mean I think it’s definitely helped me out a lot– in terms of making people more aware of my music in all sorts of places like malaysia which is awesome! I don’t think it would have happened, at least not as fast if not for the app so I have a lot to thank it for in that sense. But yeah it’s been kind of insane watching Supalonely grow over the last month or two but its so cool to see everyone making little dances to it and stuff.

WHAT WERE THE MAIN INFLUENCES OF YOUR EP STELLA AND STEVE? The whole EP is made up of new and old songs of mine. Find an Island is a song I wrote ages ago and it was about an argument with one of my best friends. Two of the songs are about a breakup including Supalonely. Drifting is just a story that I wrote about a space adventure. I don’t know, I feel like I don’t really make songs thinking they’re going to be in an EP, I just make songs to make as many songs that I like as possible. I draw inspo from all different sorts of places and write about random stuff, and when I make an EP I just think about how these songs could possibly complement each other in a body of work and I think that’s what’s happened. THEMATICALLY, DO YOU STICK TO A SET IDEA? No, I like the idea of organised chaos. Like they don’t really work together but they do. WHAT ARE YOUR LONG TERM GOALS AS AN ARTIST? I think wanting to do this for ages. I wanna be 80 and still making art and music. My goal is to make it long lasting.

DO YOU SEPARATE THE PERSONAS OF BENEE AND STELLA? I think there are definitely differences. Benee is definitely more confident whereas Stella can get anxiety and be a little more quiet sometimes. But when I started this ‘Benee’ project it was definitely this kind of new found confidence where I was like, “damn”. It was kind of like a character to me and it’s real fun and I enjoy it. I have more fun with benee, not that Stella’s not that nice. Benee is loud and annoying but Stella is like,”tone it down!” WHOSE PERSPECTIVE DO YOU WRITE MUSIC FROM?  I think in that case it would be Stella. I mean it’s Benee making the music but It’s Stella who’s really experiencing everything.. AND WHAT ARE YOUR FAVORITE QUARANTINE HOBBIES OUTSIDE OF MUSIC? I’m trying to get better at playing the guitar, although that’s music. I’ve also been trying to get better at cooking, I made a curry the other night. It was like a vegetable curry that had chickpeas in it. It was very yum! YOU SHOULD DEFINITELY COME TO MALAYSIA THEN! THE FOOD HERE IS FREAKING AMAZING  Hoho, I would love to dude! 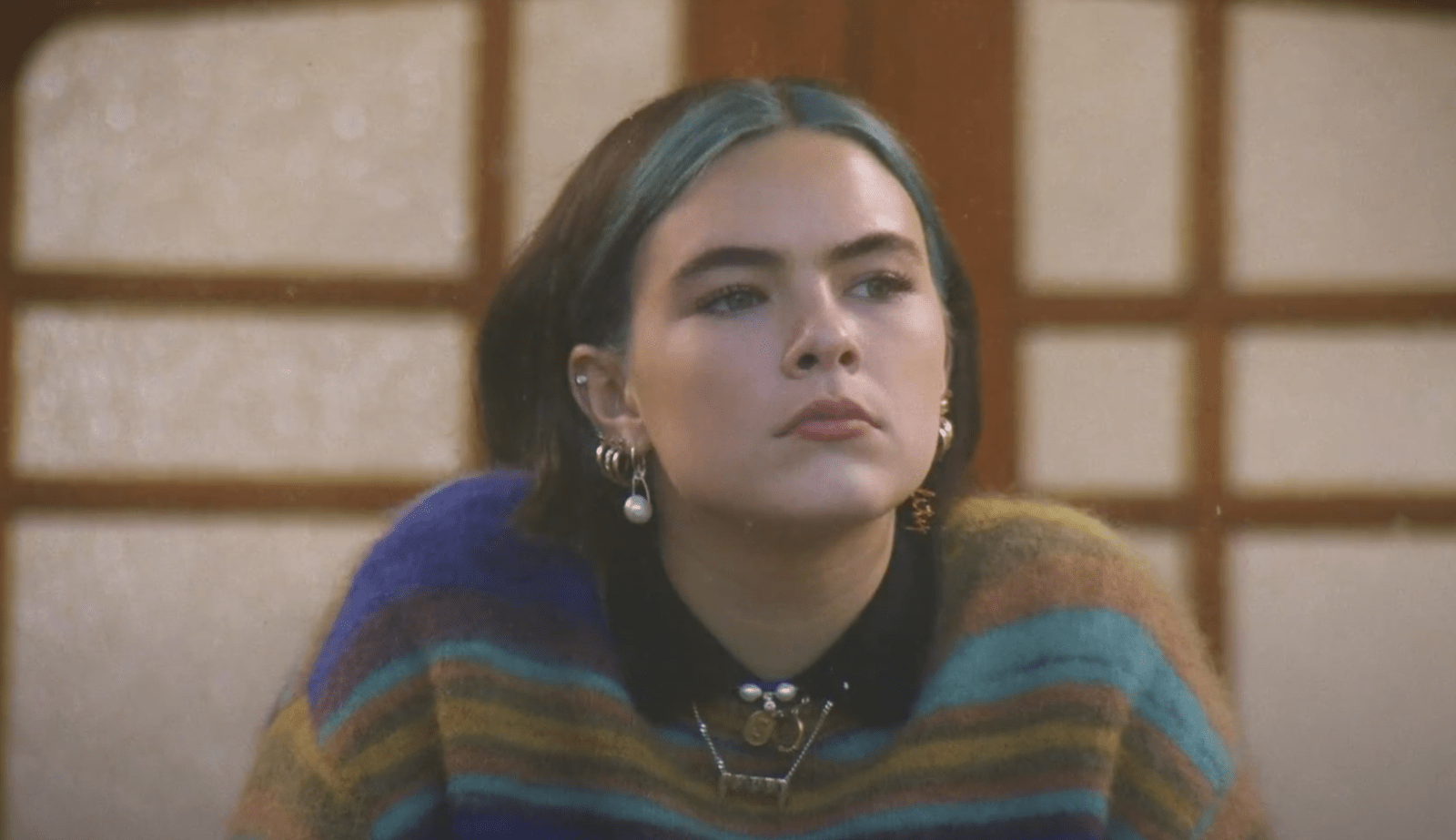 WHAT WAS THE PUSH YOU NEEDED TO DECIDE TO PURSUE MUSIC FULL TIME, CONSIDERING YOU HAD GONE ON TO UNIVERSITY?  I lasted 2 weeks at uni, and it was something I really wanted to do. Even though it sounds cheesy, I actually really loved school and going to classes and learning. *laughs* I sound like such an idiot. But yeah, I thought uni was what I wanted to do with my life at the time and I lasted 2 weeks because by the Friday of the second week I got home and thought, “what am I actually doing with myself?” because I had just released a song and people were telling me that I should keep making music and were being super encouraging. I think I was considering whether going through with the 3 years of school would be me pushing away something really great and my parents urged me to make the final decision because they told me that uni was something I could go back to whenever, like my mum JUST literally restudied to be a teacher 2 years back. They didn’t want me to rush. And I did not want to regret at least not giving it a shot because if I was 60 looking back and wondering why I didn’t do the music thing, it would make me feel the worst. So yeah that was my quarter life crisis and the push. HOW WOULD YOU LIKE TO IMPACT TODAY’S YOUTH WITH YOUR MUSIC?  Being able to relate to music is kind of the biggest thing for me and I think that’s what I hope for everyone is hearing one line of my music and being like, “this is exactly how im feeling” because when I hear a depressing song I’m like “HECK YEAH ARENT WE ALL?” We can all relate to this. I feel like that’s why Supalonely is connecting to so many people right now, it’s because so many people are lonely and sad. But hopefully they feel happy about being able to relate.. WHAT HAVE YOU BEEN LISTENING TO ON REPEAT? I literally just made a playlist so i can literally read you the titles. The playlist is called ‘LOWNELYyyy’ on my Spotify. Tom Misch, The Gorillaz, this guy called Muroki from New Zealand. There’s a bit of Grimes. You know The Japanese House? I just discovered them, although I have been saying that for like, four months now. Erykah Badu, I listen to a lot of her, yeah a lot of people. Chill is the vibe right now or else you would probably be sad about not being able to go out and party if you heard dance music right now. *laughs* and I don’t even party! HOW HAVE YOU BEEN STAYING POSITIVE AT A TIME LIKE THIS? For me, I keep on doing things. And think about the positive things that could possibly come out of this. I think it’s been very much of us coming together in a weird way. And I think people realise that we need to come together at this time. It’s like, oh, we get 4 weeks to spend with our families. I find that not complaining has helped me, like you might not be able to go out with your friends or go to the beach but you get to be in a home with a family and I have dogs. Sounds cheesy but just being grateful that I have this at this time has helped.

Dont forget to try the challenge and add this song in your playlist.