Kami (which means “Us” if you are a non Malay speaker) was directed by Patrick Yeoh, who was a film critic and a respected figure in the history of Malaysian cinematography. This film serves as Sudirman’s debut and last film due to its (well, not so encouraging) performance on the big screen. The film revolves around the lives of two adolescents, Tookoo (played by Sudirman) and Din (acted by child actor Zul Zamanhuri) trying to survive the big city of Kuala Lumpur.
Reading Time: 5 minutes
Share on facebook
Share on twitter
Share on pinterest
Share on email

If you are a popular singer who constantly dishes out banger after banger but ran out of a creative platform to showcase it, what would you do? Would you:

If you choose C, then chances are, you are most probably a hit Malaysian singer from the 70s-80s. Enter Sudirman Haji Arshad (cue his iconic entrance from the open concert in Chow Kit Road). Kami was a breath of fresh air and a film that was ahead of its time. Although one might mistake its idea for a copy of a Bollywood movie, Kami retains its Malaysian vibes and the authentic Pasar Malam feel. Furthermore, Kami feels like a compilation of Sudirman’s hits (Or perhaps all of his songs on one album) moulded into one neatly arranged story to accommodate for its values, message, and certainly, the emotional aspect of this film.

Kami (which means “Us” if you are a non-Malay speaker) was directed by Patrick Yeoh, who was a film critic and a respected figure in the history of Malaysian cinematography. This film serves as Sudirman’s debut and last film due to its (well, not so encouraging) performance on the big screen. The film revolves around the lives of two adolescents, Tookoo (played by Sudirman) and Din (acted by child actor Zul Zamanhuri) trying to survive the big city of Kuala Lumpur.

Although the film tanks in its revenues, what it lost in money was made up by its exemplary reviews and receptions by esteemed film critics in the country, with 3 out of 4 of them casting their votes for Kami as the Best Film of the year in Malaysia in 1983. This film also earned Zul Zamanhuri (Din) a Best Child Actor Award at the Malaysian National Film Festival. It addressed a lot of issues that its contemporary peers had shied from. A criticism of the societal class, poverty, minor capitalism, and even a subtle representation of what the arts and film industry in the country looks like.

The film opened with a scene of Sudirman jamming and dancing to (his own song, let’s face it, anyone would) his favorite singer’s new hit (Budak Baru). Tookoo (Sudirman) is then scolded by his stepmother for doing what teenagers his age would do, have fun. Loathing her, (and her constant rant and nagging on him being lazy). Tookoo decided to run away from home and sneak out of his father’s trailer (Probably the man was stopping for a routine R&R break). The camera then pans out into a scene of a birthday party where kids, presumably of the above-middle class or upper class were enjoying themselves. The camera then zooms over the fence into the onlooking scraggy, torn clothed Din, who looked onto those children wide-eyed and wanting to join them as well. Din then picks up a scrap toy (those kazoos that rolled itself out when blown into) after-party and wandered around aimlessly.

This scene serves as a reflection of the people who are barely represented in our media. Criticism and a subtle dig on the film’s trend during that era in showcasing the lives of the rich and famous, those who are unrealistically well off, living in bungalows and even castles, those with dato’ship as confirmed heritage or titles (sounds familiar?). The two protagonists literally picked up scraps, glass bottles, used newspapers just to get by every single day. A realistic take (If not the reality) on what life on the streets and back alleys of Malaysia truly is, a life of “Kais Pagi Makan Pagi, Kais Petang Makan Petang” (What you work for is what you get), a stark contradiction to films made in its time. Maybe it was a message from the director that even back in the 1980s, trash sells.

Furthermore, the author found a pretty interesting point and perspective during the duration of this film. The scene where Tookoo was beaten up by thugs in the back alley when Tookoo and Din were threatened by the Indian (or maybe Bangladeshis?) workers about lawn mowing, and when Tookoo was cheated out by his cheapskate employer. What do you, as a reader found in common about these instances? They are either mirrors of what is currently happening on our streets (which, do happen on a daily basis) or a satire on what is happening inside the country’s creative industry.

This exchange of dialogue refers to the scene where Tookoo was harassed and assaulted by mobsters for picking up scraps when they don’t even need or want it. These people take pleasure in seeing other people suffer or perhaps face hardships (These pricks also broke Tookoo’s glass bottles, rendering them unfit for sale). Perhaps this scene alludes to the cynics who (probably talked shit or was simply being a jerk) are pessimistic on the film’s chances of being accepted by the public or the senior executives who are uneasy about the newcomer’s fresh ideas or performance ( We Malays would know better where this is going)

Regarding the scene involving the Indian (or Bangladeshis) workers and our protagonists (Where they beat up both Din and Tookoo for offering a cheaper price for their lawn mowing service and in return, making those Indians jobless), it only sends us one message.

Not everyone appreciates competition.

Which, to a certain degree, is true. Back in those days (and even now), there is a clear monopoly over film rights and distributions. Name listing would send the author into trouble (Go boot up your PCs and go on mini research on the net for further reassurance). Small companies would have a major problem in keeping up with the big fish. Consequently, these small companies are either bought out by the bigger ones or had to close shop due to its puny profit return. This then leads to an unhealthy creative industry because the creative contents and directions are ultimately fed and dictated by only one party. As a result, a decline in quality is bound to happen

Last but not least, the instance where Tookoo was cheated out by his employer. The poor fellow washed 5 cars every day for 6 days, only to be left the blue ball on the day he was supposed to receive his pay. Sounds familiar? Maybe that’s because such situations do happen on daily basis. Let’s face it, the majority of creatives and talents in this country are severely underpaid and constantly swindled out of their hard work. Perhaps this is what Allahyarham Sudirman and the late Patrick Yeoh tried to tell us, that in this world, being naïve and hardworking is not necessarily rewarded (especially when you have a capitalist as a boss)

Everyone was properly clothed according to their characters (A rarity bin today films). There is a genuine pleasing aesthetics about the clothes in this era

Decent for its time to be honest.

In a nutshell, Kami was made by people who understood the true nature of the society and the industry. It was made for people to relate themselves to realistic characters, people who strives daily, people who talk in normal socio-lingo, and people who live in accordance to their social construct. 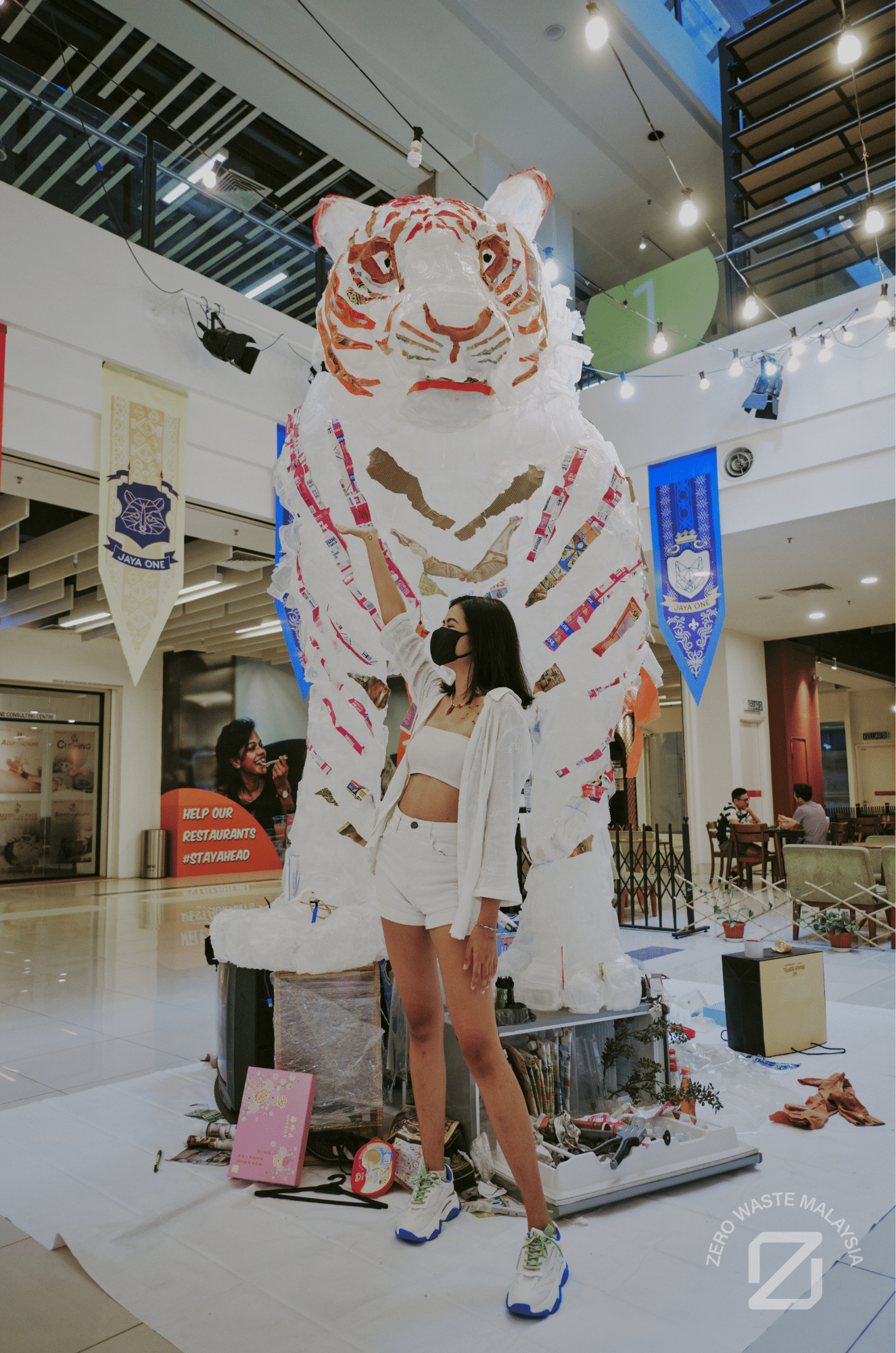 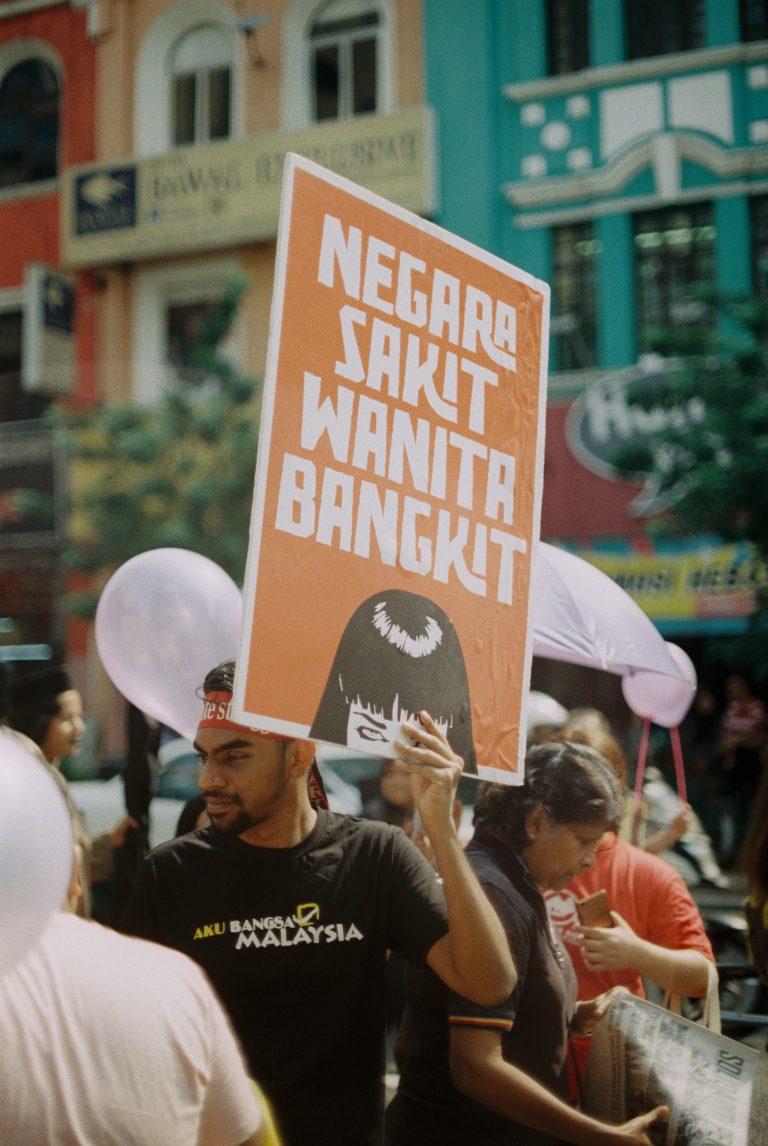 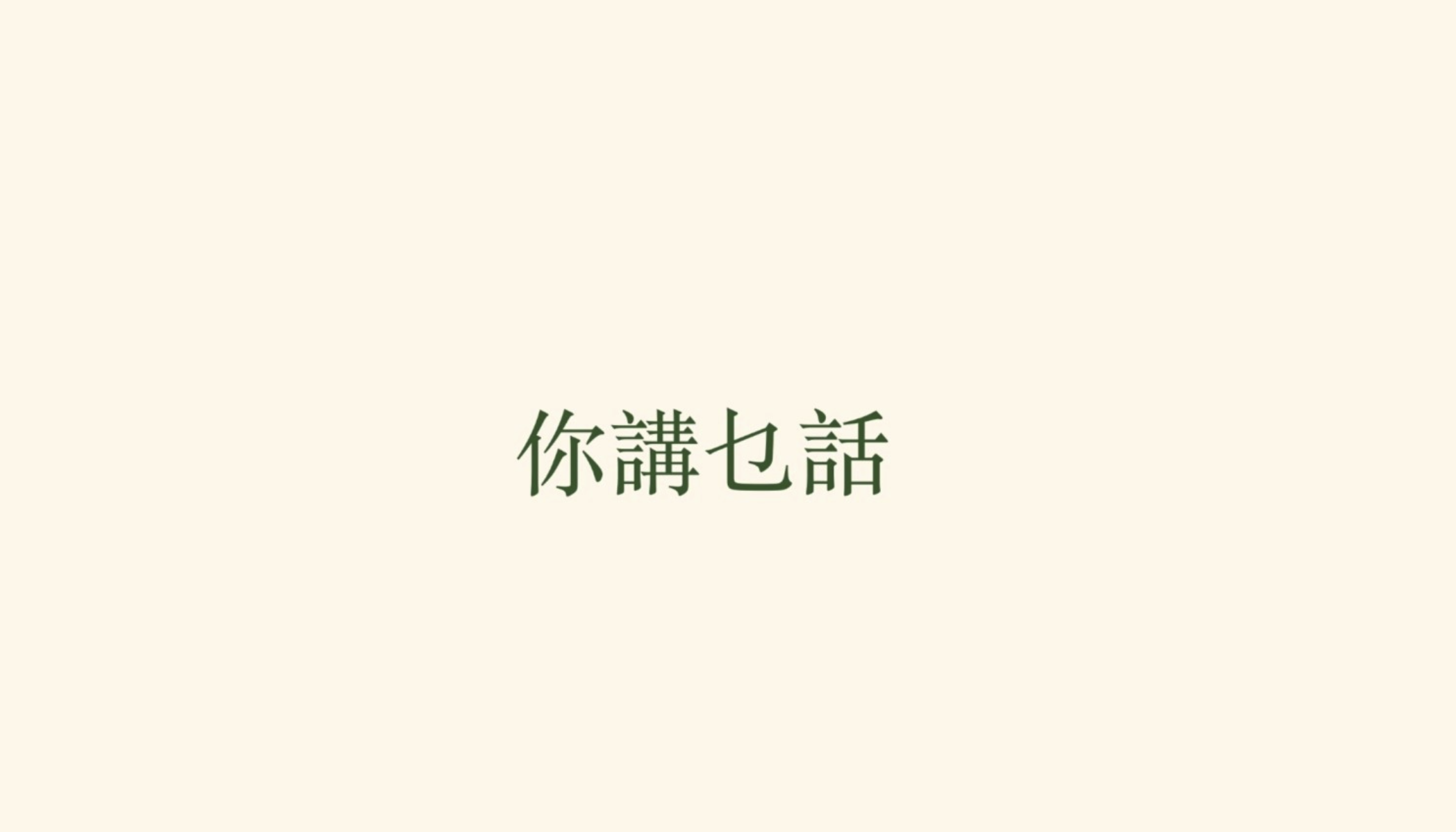 My mother tongue is numb by Ruby Chiu 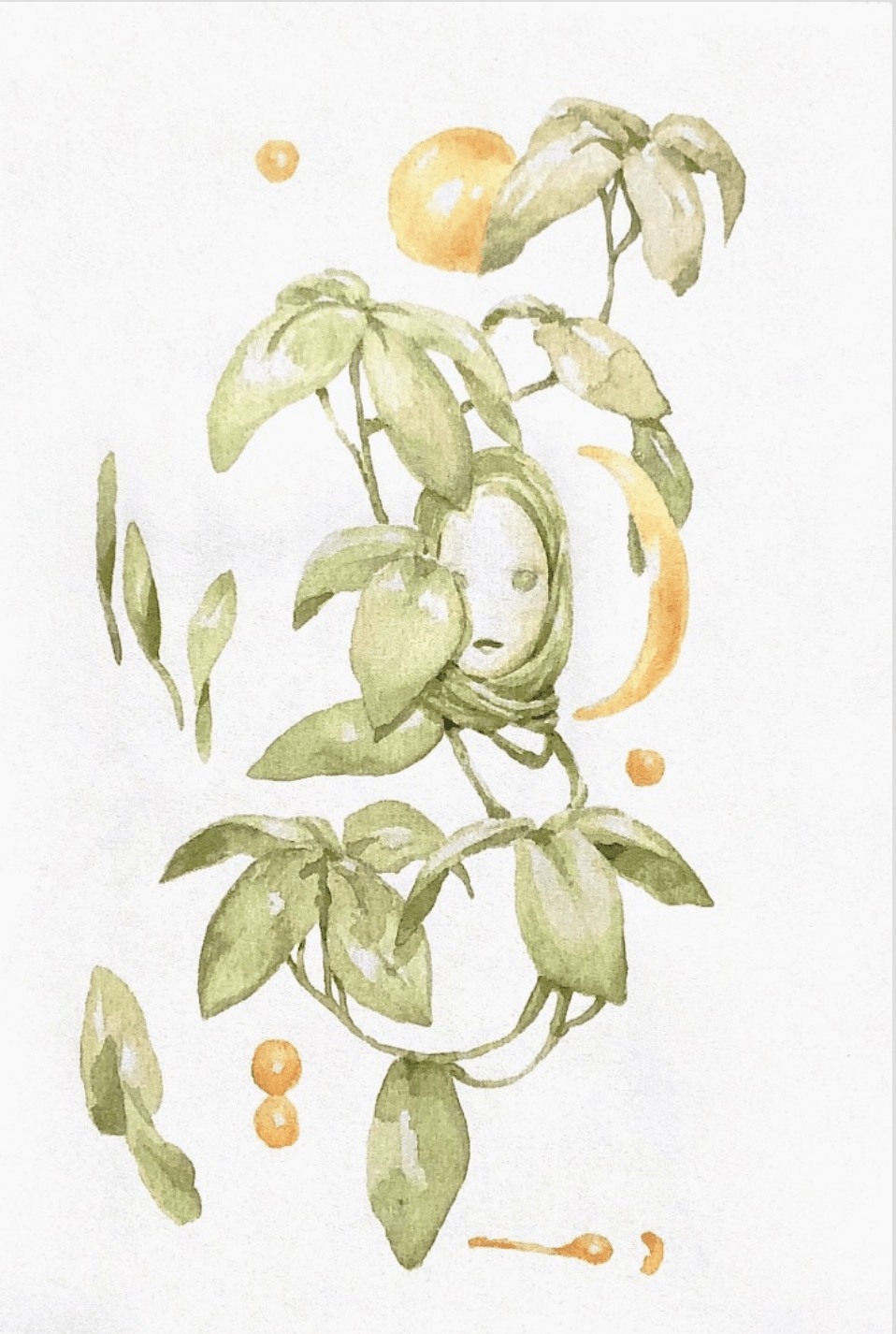